You are here: Home / Games / The Wolf Among Us 2 aimed to be a failure

“The budget was going to be very low even by TellTale Games standards,” says the anonymous source of Eurogamer. “Everyone knew that the original The Wolf Among Ushad been a critical success, but not much in the commercial.” 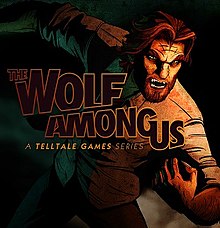 This was not only going to translate into numerical cuts, but also in the way of posing the video game. “I think the people who worked there realized that they were making a boutique product”. There was a moment when they concluded that the season could only consist of three episodes.

Apparently, they were about to set the second season a few years after the first one. They had done some artistic work and had written the first episode already. “It was early, so on a visual level we did not have much more than some conceptual arts and first drafts of playable prototypes.”

The closure of TellTale Games has recently led us to discuss the horizon of this type of proposals as they developed. Moreover, we have debated whether there is a future for video games by episodes .