You are here: Home / News / Samsung Galaxy Note 10 may hit stores in August

Although not officially speaking about the Galaxy Note 10, Samsung has been preparing to launch the device for some time. With small leaks appearing all the time on it. Now, a new rumor points out that the smartphone could be released in August. 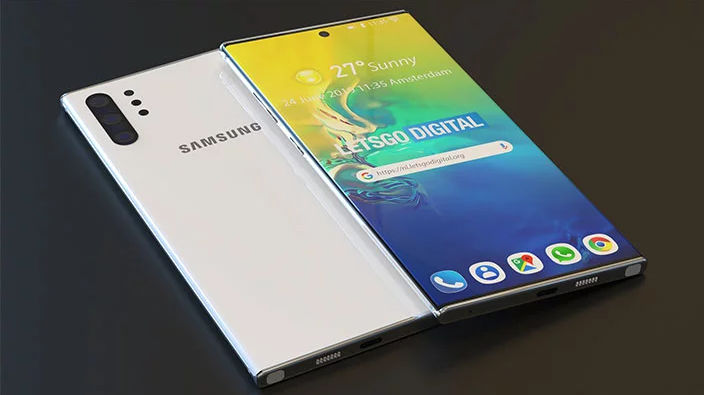 According to The Korea Herald, Samsung sources have indicated that the Galaxy Note 10, which recently had new renders showing the chassis of the device, is expected to hit stores in August. It’s the same month of release of another device of the company, the foldable Galaxy Fold.

Recommended: Oppo shows the 1st cell phone with selfie camera under the screen

According to sources, the company would be willing to continue with the plan to launch the two handsets at close quarters. Even with some people fearing that Fold’s postponement for August might end up stealing the attention that Note 10 would receive from the public.

It is worth remembering that in previous years, Samsung has used the month of August to launch products. And other rumors indicated that the Galaxy Note 10 could arrive on day 7. Leaks revealed that the device may have screen 6.8 inch camera with 4 lenses, 4,500 mAh battery. And, if the renders are true, it may have a look closer to that of the Samsung Galaxy S10.