You are here: Home / Android / Nokia 2.2 is announced with modern design, pure Android and attractive price

HMD Global has announced its newest entry smartphone, the Nokia 2.2. Combining top-of-the-line device design with modest hardware, the device is part of the Android One program and has an attractive price: only $ 100 in its basic version, about $ 390 in direct conversion.

Following the same design principles as the Samsung Galaxy M line smartphones, Nokia’s new handset has a 5.71-inch screen with thin edges at the sides and a notch at the top to hold the front 5 MP camera. 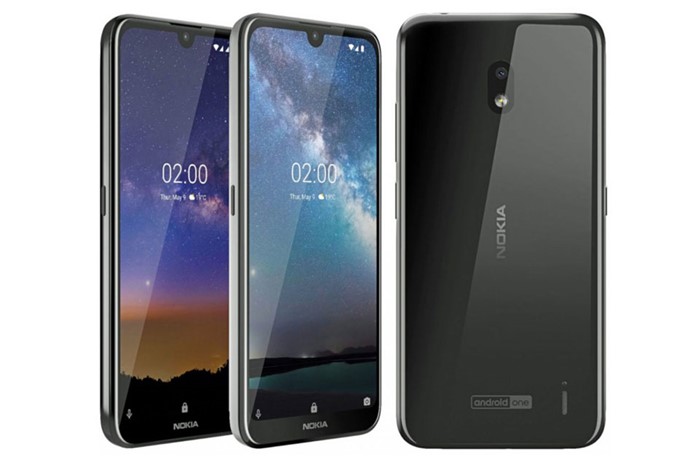 At the rear, the device has a 13 MP photo sensor, which comes with an LED flash. To ensure a more attractive price, the device leaves the digital player aside, but provides support for facial recognition on the front camera.

The most basic version of Nokia 2.2 has 2 GB of RAM and 16 GB for storage, while the most powerful edition offers 3 GB of RAM and 32 GB of internal memory. Both editions support micro SD cards up to 400 GB and come with MediaTek Helio A22 quad-core processor, made to compete with the Snapdragon 400 chips. The battery is 3000 mAh.

The operating system of Nokia 2.2 is Android 9.0 Pie, and the smartphone is part of the Android One program. This means that the OS is optimized for the hardware of the device and at least 2 years of updates are guaranteed for the device.

According to HMD Global, the smartphone should be the cheapest device to receive the Android Q, which is currently in beta, as well as being one of the only smartphones in the future with future confirmed updates of the operating system.

Nokia 2.2 will begin shipping overseas on June 11 on the manufacturer’s website and also at retailers. While the cheaper version will come out for $ 100, the edition with 3 GB of RAM and 32 GB of storage will sell for $ 115, about $ 445.