Microsoft unveiled on Friday (17) the most ambitious element of the celebrations for the 10 years of the Minecraft franchise. Using augmented reality, Minecraft Earth is a free-to-play experience for mobile devices that brings elements of the franchise to the real world.

The gameplay system is simple. Exploring the world, the player finds blocks and mobs that can be added to your collection. After that, just find a flat surface and start building You can join with friends to manage larger projects. At the end of the process, you can navigate through life-size constructions and even battle real-life creatures. 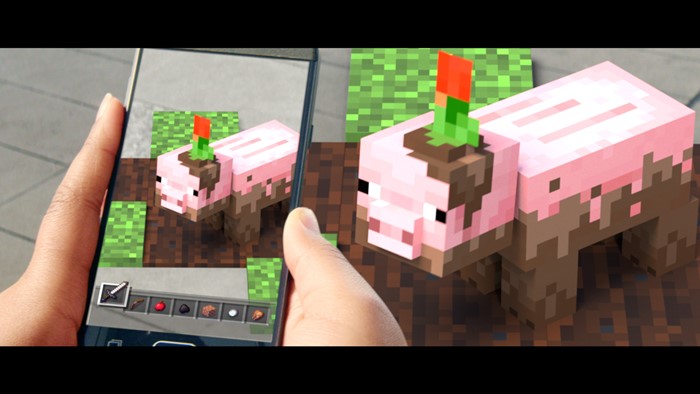 According to Microsoft, Minecraft Earth maintains the full experience of the series. It means we have to create items, grow vegetables and give wings to the imagination. So far, the company has not announced when the game will have its official release. But it has already started registrations for its Beta. Click here to register.