You are here: Home / Internet / Free Amazon Music Service May Be Released Soon

Last Saturday (13), Billboard announced that Amazon is working on a free streaming music service. It’s due to be released in a few days. It will not be charged because it will be supported by ads. But it should also have the artist and works catalog limited in relation to the company’s paid music service.

Amazon currently has the Amazon Prime service package. That includes Prime Music. Customers can also subscribe to the music service separately. This is Amazon Music Unlimited. The free service will be marketed along with its Echo speakers. This will make it an initial option for those who do not wish to have a paid service, as well as a direct competitor of Spotify. As it will not be necessary for the user to search for a service. 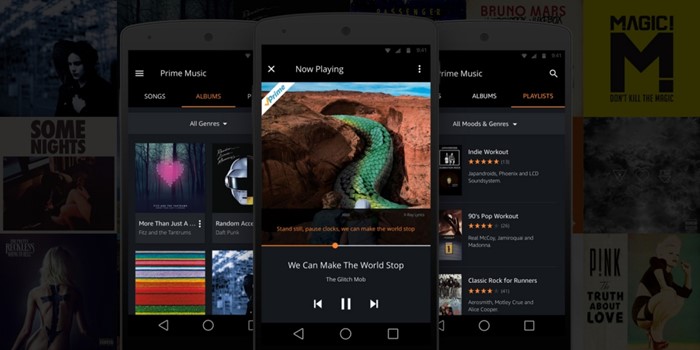 Recommended: Apple will have unique application to replace Find My Phone and Find My Friends

Spotify is currently leader in the industry. Interestingly, its shares fell more than four percent on Monday (15). Even without Amazon confirming the news officially.

With Amazon offering a free service, competition in the industry will get tougher as the company has plenty of capital to invest in marketing, not to mention the fact that it already has an associated product (Echo).

At the moment, neither Amazon nor Spotify spoke about it.