You are here: Home / News / See which creature was vetoed from “Detective Pikachu “

The artist RJ Palmer worked on the graphic creation of Pokémon in the movie “Detective Pikachu“. He recently published on Twitter a design that did not enter the film. That is his version of Venussauro. It’s the final evolution of Bulbasauro, one of the darlings of fans of the franchise.

The version published by the artist on his personal page shows a Venussaurus closer to what the creature would be if it were real. It is like a mixture between a frog and a lizard, with jagged teeth and tiny red eyes. Along with the plant that grows on its back, we can say that the final look was, at least, scary. 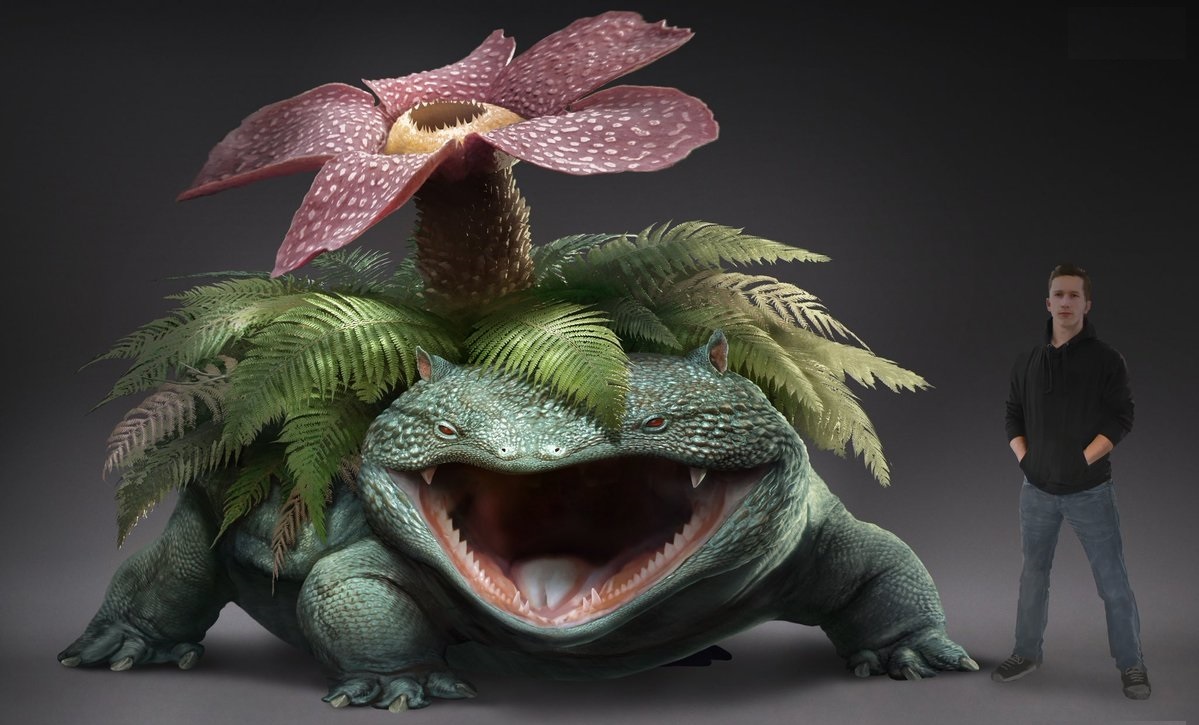 So this version did not win the movie screens. After all, a threatening Venussaurus would not match the other Pokémon in the movie, which is more fun and friendly to all ages.

The Venussauro in theaters looks much more docile and resembling his first evolution, the Bulbasaurus. That is a giant toad with a beautiful pink flower on his back. The design can be seen more clearly in one of the trailers, but in the film itself only appears in a brief scene, secondary.

“Detective Pikachu,” directed by Rob Letterman and Ryan Reynolds in the role of Pikachu, tells the story of Tim Goodman (Justice Smith), who joins the most beloved Pokémon to investigate the disappearance of their former Pokémon trainer Harry Goodman. The film was shot on May 9 and is still on show in some movie theaters, as it is a box office hit.The film is entertaining for all ages and highly praised by critics.

Also Read: RPG that inspired ‘Cave of the Dragon’ wins game for mobile