The  Apple held on Monday a major event for the presentation of their new services. One of them is the Apple Card. It leverages the experience accumulated with Apple Pay digital payments to become a credit card, entitled to a physical version of titanium.

The Apple Card will use the same Apple Pay network. 70% of the United States has accepted this network and in several places has an even higher rate. As in Australia, where it can be processed in 99% of the circuit that owns the transaction in partnership with Mastercard. It will not have annual fees or international fees.

The novelty is based on two main pillars. They are to facilitate understanding about your spending and promote a healthier financial life. For the first one, Apple has turned all the numbers and codes that normally come in the invoice into icons. This identifies who received the payments, with the date and the value.

Everything comes separated according to your categories, in days of the week and range of expenses. This makes it easier to analyze accounts and plan for settlement. Apple carries out banking operations in partnership with the Goldman Sachs group and the Mastercard network.

Recommended: Man was saved from arrow using smartphone as a shield

Apple introduced a cash-back program called Daily Cash. Every time you use the Apple Pay or Apple Card you get back 2% of the transactions. When buying Apple products, this percentage rises to 3%.

For those who can not detach themselves from the physical version, the company will also have the option of a nice card made of titanium. It will have no information other than the company icon and its name. With its use, it is possible to also have a cashback, but of 1%. 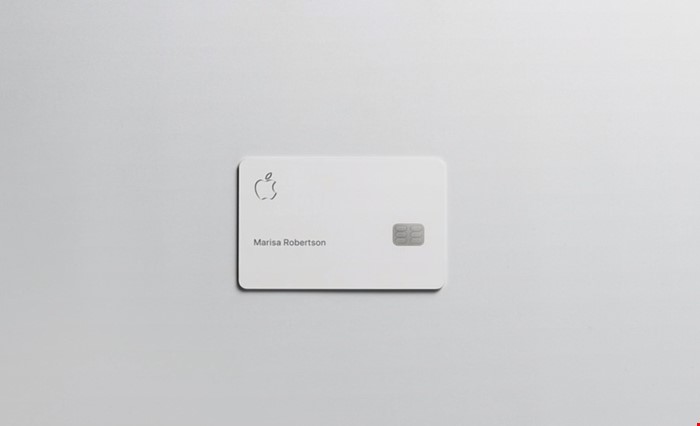 Regarding security, the special chip used by Apple Pay will also be responsible for creating the unique number and processing the purchase. It comes with authorization via facial identification, dynamic codes and other resources. They have designed the architecture to generate encrypted data about each transaction. And none of the information is stored on servers or shared with third parties. Neither from Apple or Goldman Sachs, says Cupertino Giant.

The Apple Card is expected to start operating in the summer of mid-June.

Also Read: Apple TV + is the streaming label of Apple to compete with Netflix