You are here: Home / News / Apple, Amazon, Google and MS are sued for music piracy

Harold Arlen’s heirs are suing Apple, Amazon, Google, Microsoft and Pandora for music piracy. The charges are of selling and transmitting pirated recordings without proper copyright notice. In the lawsuit, songwriter family advocates of the song “Over the Rainbow,” from the movie “Wizard of Oz,” claim companies are performing “mass music piracy operations” in their online stores and streaming services . 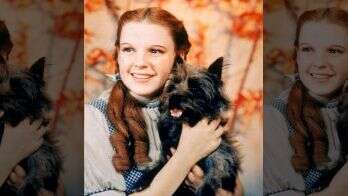 The judicial document it said that there are more than 6 thousand illegal versions offered in the platforms of the cited companies. In the text, there is also the accusation that the companies involved are aware of the fakes. And they would be motivated to offer them on their websites.

You can still see one of the above mentioned recordings in Amazon e-commerce , for example. The site offers the complete MP3 of the original version of the musical “Jamaica”, by Arlen, for $ 9.99. While the counterfeit version is available for only $ 3.99.

You can also notice the difference between both copies in the cover image of their respective albums. The authentic one displays the logo of RCA Victor , disc recorder. The fake has the detail clearly erased . “The more recordings and albums digital defendants make available in their stores and services, the more they are able to attract buyers and subscribers,” Arlen’s estate lawyers say. 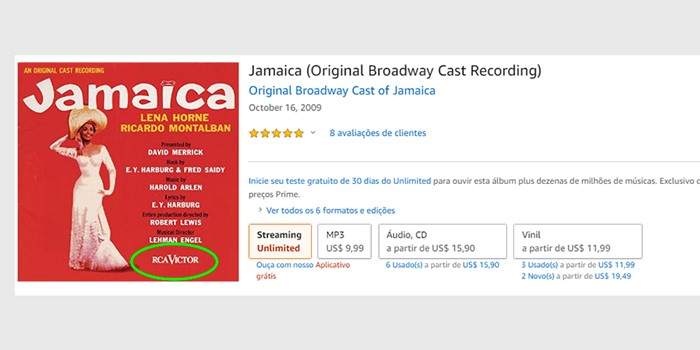 Original cover of the musical “Jamaica”, with 1compositions by Arlen (Source: reproduction / Amazon ). 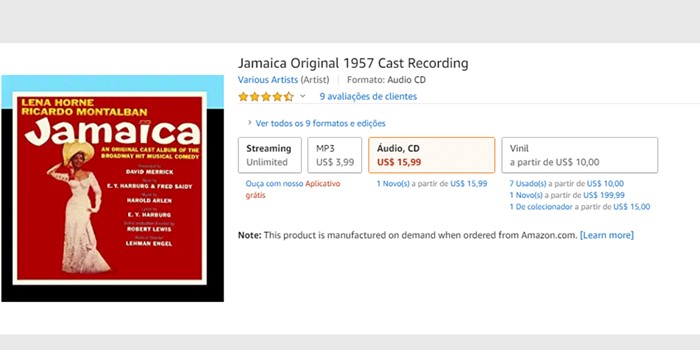 Pirate cover of the musical “Jamaica”, with compositions by Arlen (Source: reproduction / Amazon ).

The lawsuit seeks the removal of unauthorized copies of the sites. And it claims compensation under the federal copyright law of the United States. This balance could reach $ 4.5 million for the technology giant’s coffers.

“Anything less than the maximum statutory damages premium would encourage [such] breach, … and reward billions and trillion dollar companies that dominate the digital music markets,” advocates say.