You are here: Home / iOS / How to use the gestures of the iPhone

iPhones are incredible devices. If you stop to think, they have the gift of allowing us to travel through web pages, play games, keep in touch with friends and family, perform work. As well as make calls and video calls.

However, you may not be making the most of your new mobile phone. At least as a true professional user does. Do not fear. We are here to help you to master your iPhone or iPad and interact with these simple gestures.

Mainly , we wanted to focus on the classic iPhone models that still have a ‘Home’ button on the front. It does not prevent many of the gestures you can apply to the latest models of iPhone X, XS, XS Max or XR.

However, there are specific gestures marked by the latest version of Apple’s iOS 12 operating system. They differ in use compared to traditional iPhone models.

Without a doubt, among the gestures that you will use most will be that of a simple touch. It is based on pressing lightly on the iPhone screen for a moment with your finger to select options, open applications, or start writing somewhere.

In most applications, double clicking on its icon will not cause any reaction. But it can be a very useful feature when done with the ‘Start’ or ‘Home’ button. Since it activates the ‘Scope’ mode to handle the device with only one hand. 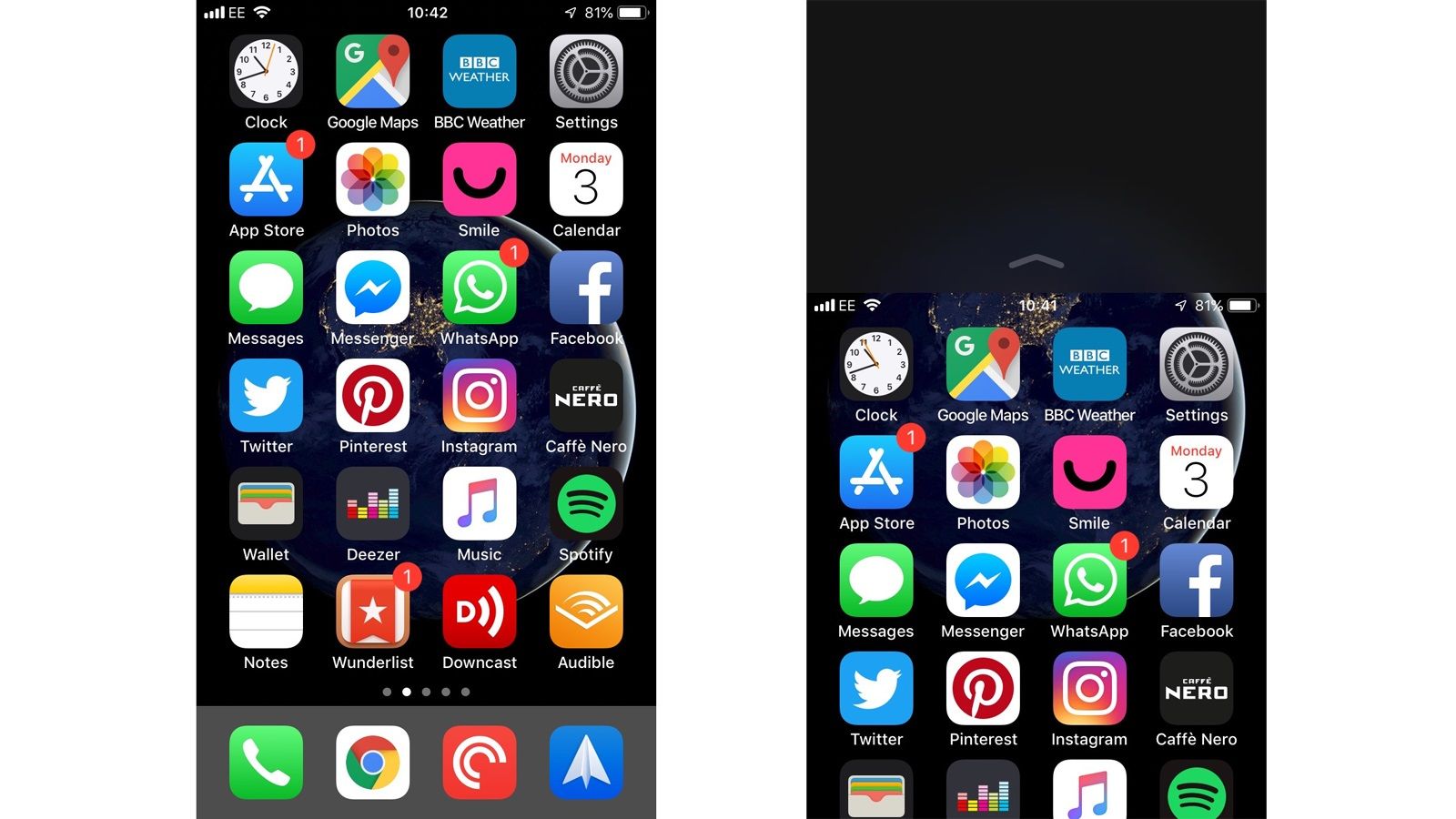 In the new iPhone X this is achieved by simply moving your finger slightly from the bottom of the screen to the frame. You will quickly get the same response as when you double-click on the ‘Home’ button.

If you keep your finger when you press the screen when you touch it, after a couple of seconds, you will see that all application icons start to shake. For new iOS users it can be disconcerting. But you’ll see that everything works fine.

Each icon shows a small ‘X’ in the upper left corner. If you want to delete an application, click on it to proceed with its uninstallation. If you press it by mistake, you can always go back to the App Store to download it again.

To stop the shaking, touch the ‘Start’ or ‘Home’ button again. In the new models of iPhone X you can use this function by clicking on the ‘OK’ button that appears in the upper right part of your screen.

Recommended: How to synchronize Google Calendar on your iPhone

The other gesture you can do while the icons tremble is to hold down one of them. And then drag it to another place on the screen. It is the way that iOS offers to organize icons by folders or themes and have the desktop more organized.

When you finish moving it, lift your finger from the screen. And you will see that the icon will remain in the current screen to which you have moved it. 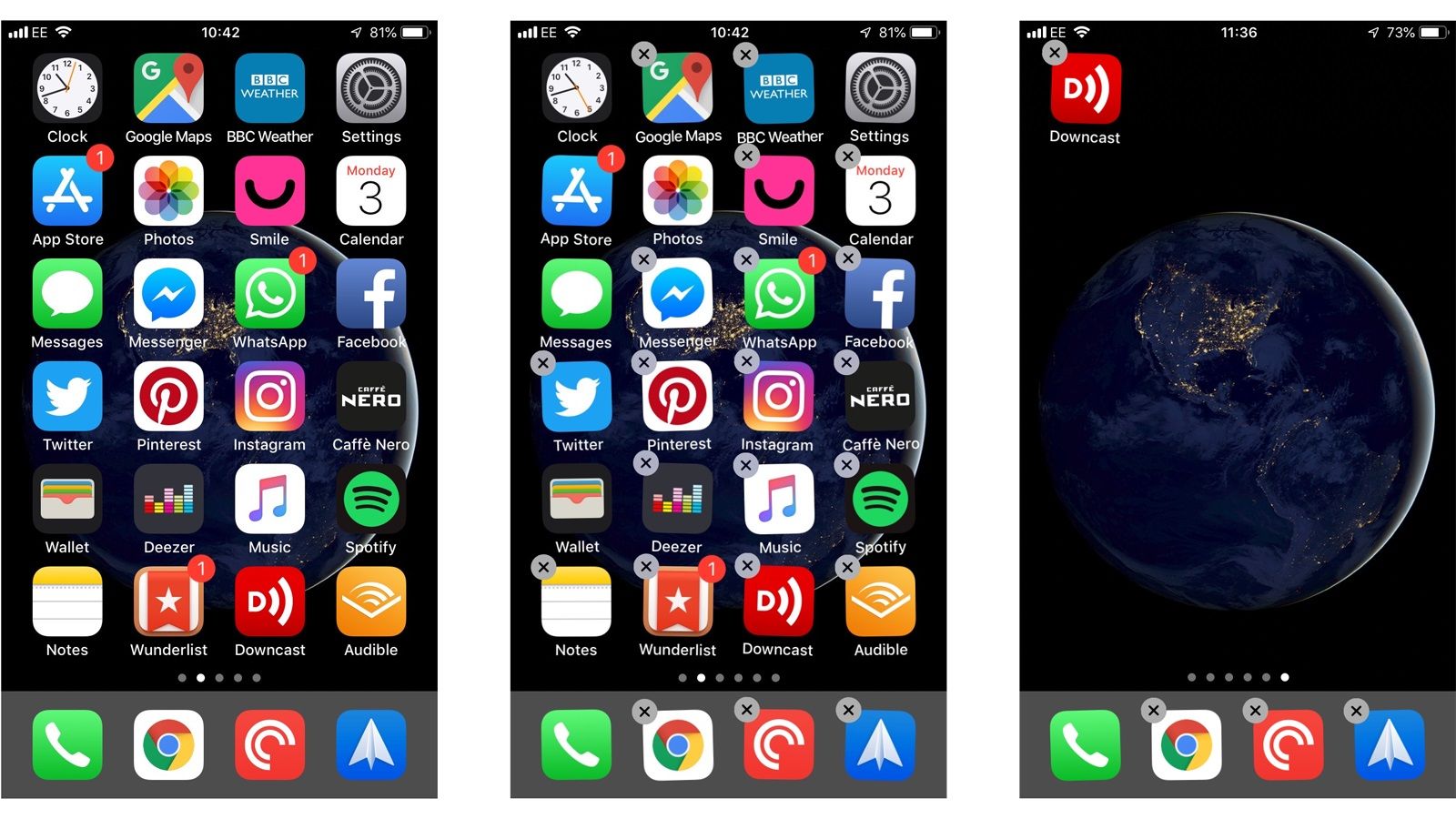 Unlike what happens in the models of smartphone with Android, the icons of the applications in iOS are kept on the desktop following an order without the possibility of remaining in the physical place where you left it. It is something that Apple could modify in future versions.

The navigation through the different pages of the iPhone is carried out with a simple lateral movement in a horizontal direction from left to right or vice versa. It is not necessary that the displacement is long, since a simple movement of your finger will be interpreted.

In classic iPhones (those with the ‘Start’ button) you will also find that by swiping your finger upwards the ‘Control Center’ panel opens where you can carry out a series of actions in a fast way how to manage the brightness or the volume. 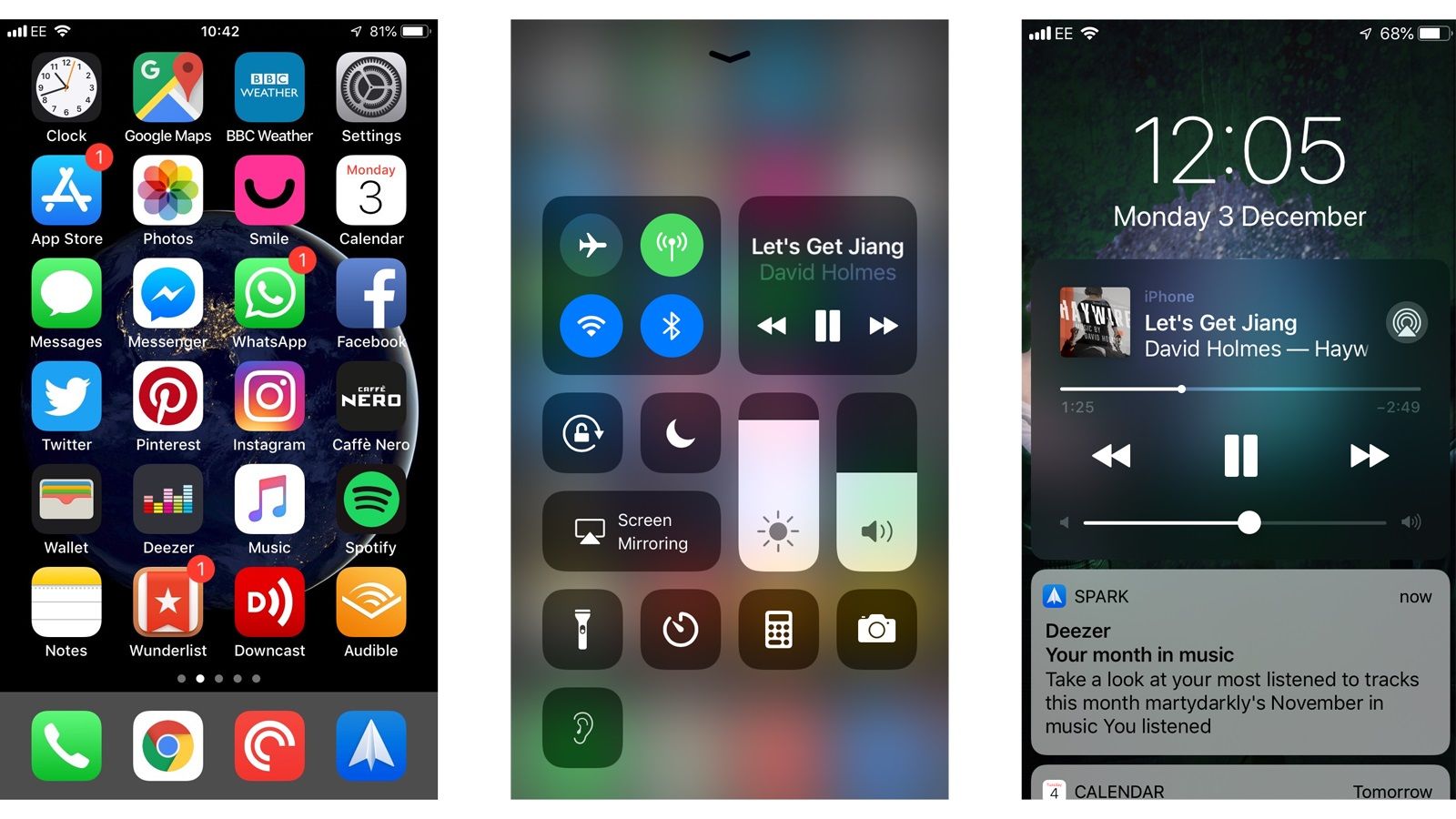 A movement to the contrary, sliding your finger from top to bottom from the top of the screen, will allow you to open the notifications panel to see the messages that have reached you or control the music applications that are active at that moment.

The gesture of ‘zooming’ is something that you will use more often than you think. In fact, it is possible to apply it in different situations and not only with the photos or images displayed or captured with our camera.

Press the screen with both fingers (index and thumb usually) on a certain point and move them away while keeping them pressing the screen. You will see that the content will be expanded or reduced depending on the direction in which you move them. 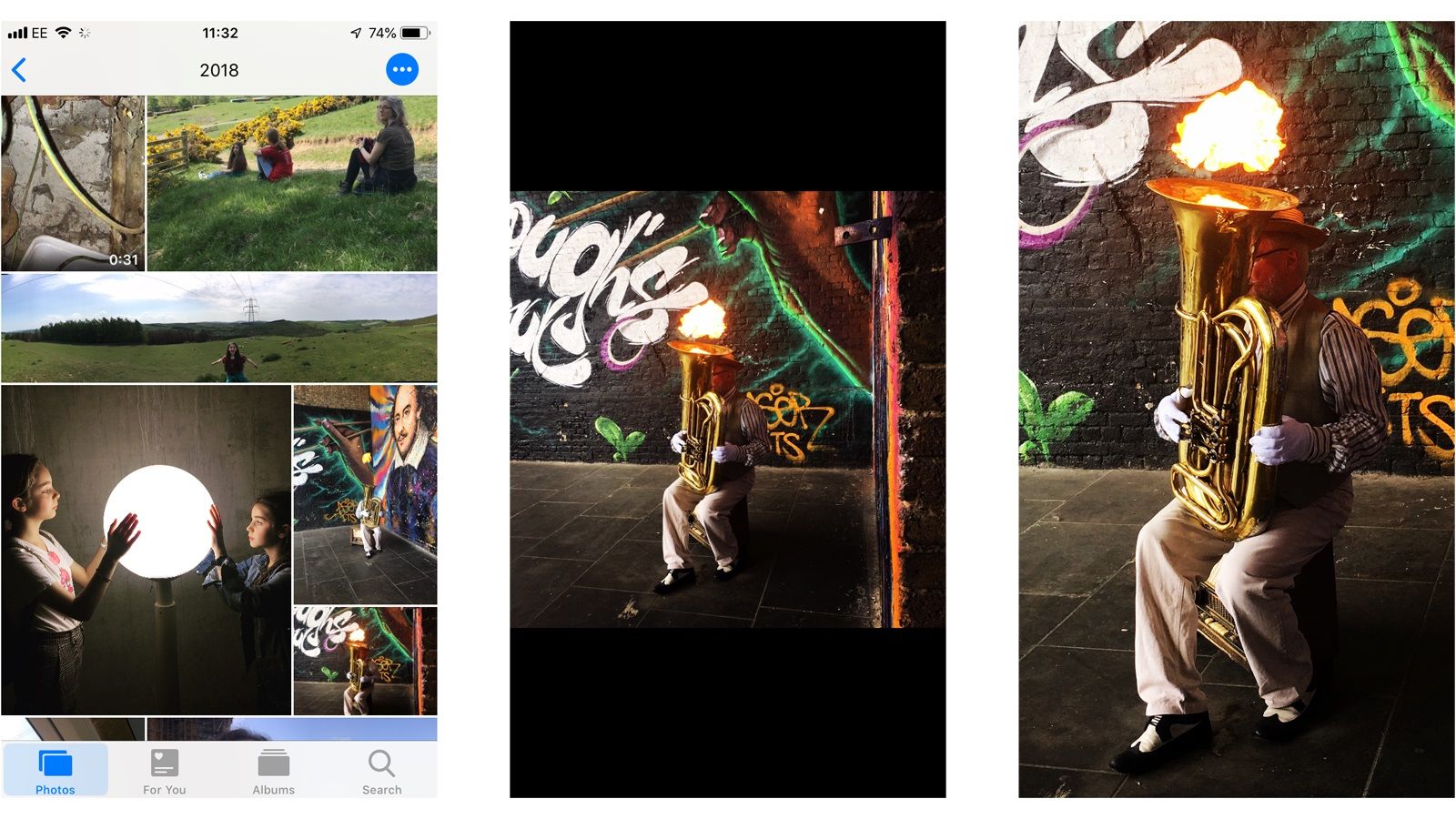 It is the opposite movement to consider pinching the screen and what you will get is to expand the displayed content to see more detail. If you act on the contrary bringing both fingers together, you will see that you will manage to shrink things.

Obviously the effect is only visual, so not by the fact of enlarging the image you will be able to alter or modify the content that you manage. It is something that you can usually apply to photographs, maps or even recorded videos.

The last of the gestures that we propose to you to be able to use your iPhone like a real professional is the one that will allow you to rotate the images. It is similar to the pinch movement described above. iOS moves it through four angles of 90 different degrees.

Turning both fingers at the same time in one direction or another will make you rotate the image in one or the other direction, as well as backward in the other as much as you want. Play with the movement and you will see that quickly you catch the thread.

Keep in mind that the so-called haptic response is a characteristic maintained in the new iPhone with the exception of the iPhone XR model.

Also Read: How to unlock an iPhone without knowing the password