You are here: Home / Apps / How to record FaceTime calls

Let’s see step by step how to record FaceTime calls. Because, often, we have video conversations in this way that are worthy of being remembered. And we like to have them stored to see them at any other time again. Whether it’s a Mac, an iPhone or an iPad, we need the first of them to come into play. Since we’re going to use the free Quicktime Player app .

How to record FaceTime calls with your Mac

Let’s see step by step how to record calls from FaceTime because, often, we have video conversations in this way that are worthy of being remembered.

If you use the Mac to make calls with FaceTime you just have to open the Quicktime Player app first and follow the instructions that we indicated in the post: How to record the screen of your Mac with QuickTime Player. There you can see step by step how to record what happens on the Mac screen with this simple software, which is also free. So give it to record before starting the FaceTime call. And stop recording it when you want. Use the part where we tell you how to record only part of the screen, to select only the area where the FaceTime video appears. Finally, give it a name and save it where it suits you best.

Recommended: How to reject incoming calls on the iPhone when it is blocked

How to record FaceTime calls with iPhone or iPad

In this case, things get complicated. As you know, with iOS 11 we can finally record what happens on our device natively, without doing Jailbreak. And, therefore, without using tweaks. But in the case of FaceTime calls, we can effectively record the video, but not the audio. So this way of doing it does not make sense. That’s why we said that, just like to record conversations with Mac, to get it on your iPhone or iPad, we must also use Quicktime Player .

To record FaceTime calls with iPhone or iPad you must first connect the device to a Mac through the USB cable. Unlock the iPhone or iPad and tell it to trust the Mac in question. This done, we opened Quicktime Player and, instead of making a screen recording, we selected a new video recording. 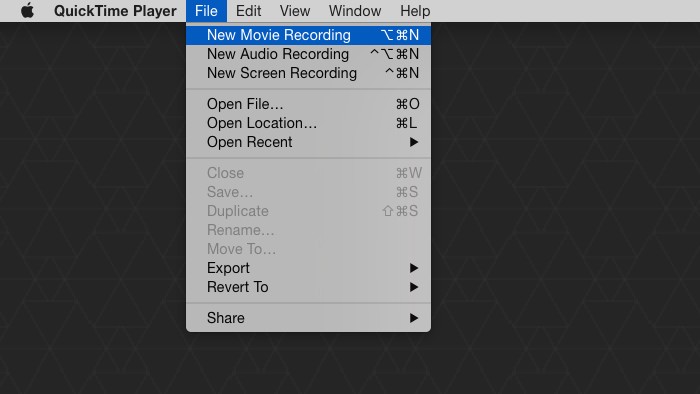 As we have connected and unlocked the iPhone, when you open the camera options in Quicktime Player, in the button that is stuck to the right of the red recording button, as we indicated in the following image, we can select this device both in the camera as in the microphone. 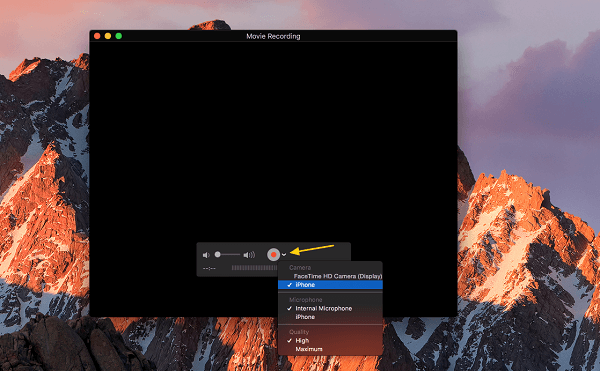 By the time you start recording you can now make the FaceTime call from your iPhone or iPad and record it on the Mac.

Also Read: How to set up a new HomePod